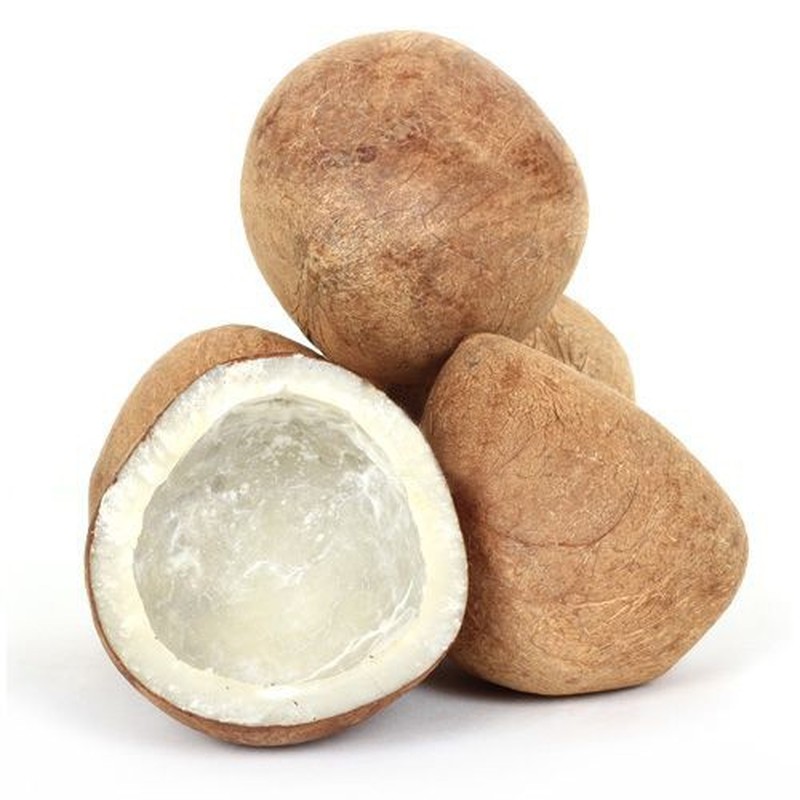 The term coconut can refer to the entire coconut palm, the seed, or the fruit. Dry Coconuts are mostly used for their meet. The shell has three germination pores (micropyles) or "eyes" that are clearly visible on its outside surface once the husk is removed. Under that shell there is a white marrowy substance one finger in thickness; that has a taste resembling the almond. A full-sized coconut weighs about 3.2 lb.

Coconut milk, not to be confused with coconut water, is obtained primarily by extracting juice by pressing the grated coconut white kernel or by passing hot water or milk through grated coconut, which extracts the oil and aromatic compounds. When refrigerated and left to set, coconut cream will rise to the top and separate from the milk. A protein-rich powder can be processed from coconut milk following centrifugation, separation, and spray drying.